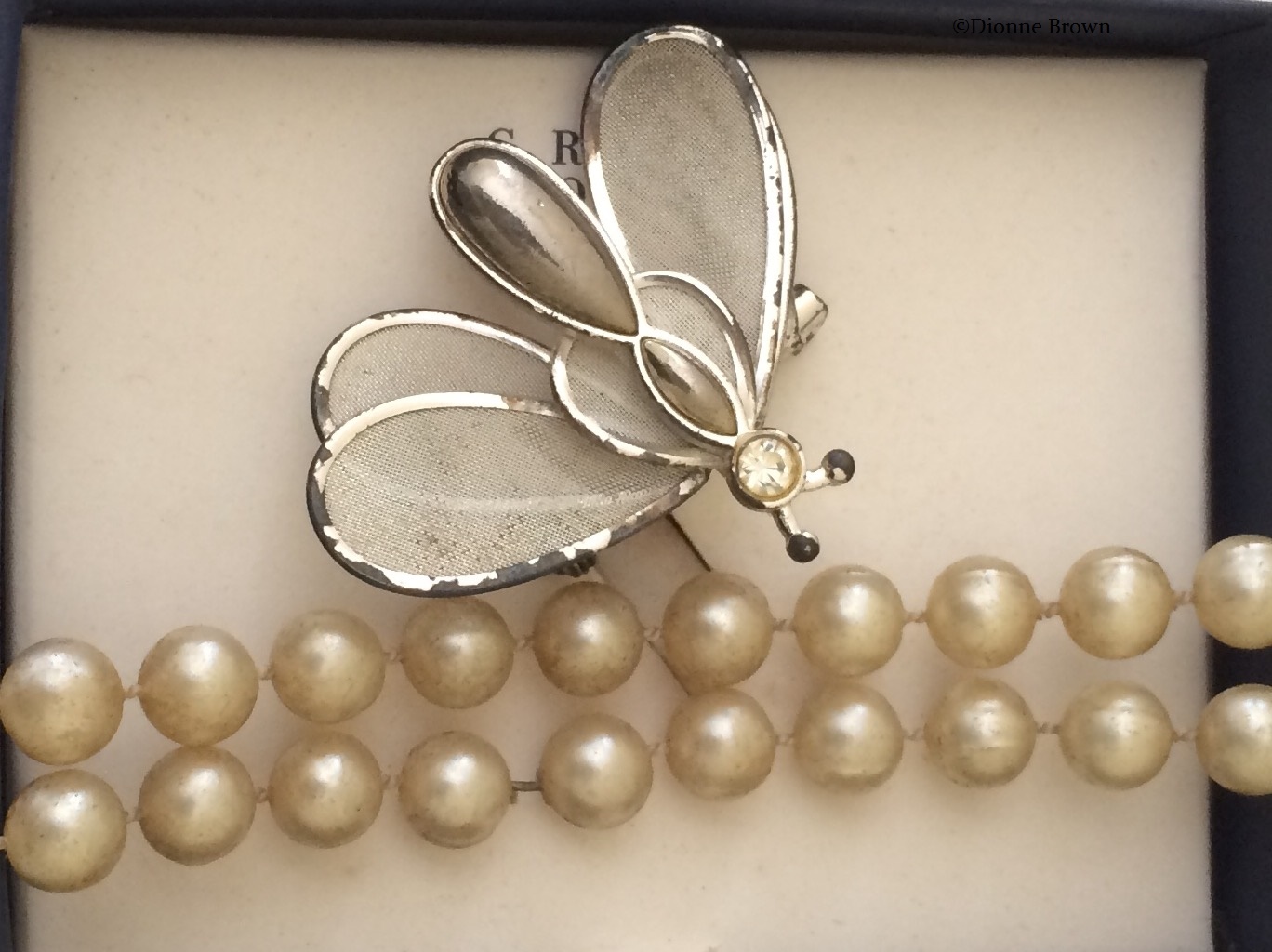 So I decided to extend a short story I wrote some time ago. Is it a sequel, a part deux, a new chapter?

But because mi love Justine, Justin and Grandma Pearl soh till, I wanted to pay them a second visit. If you missed or don’t quite remember the first visit, click right yah soh.

And ahright, ahright, ahright! Let’s address the elephant in the room, again, for the zillionth time, because mi always ah disappear, then come back, braps, inna oonu life:

Okay. So now, let’s hear from Justine as to what’s going on with her, her twin brother, Justin and their Grandma Pearl. Let’s call this (for now):

I sit across from Grandma at the breakfast table. She’s made my favourite cup of Milo tea with plenty Nestlé condensed milk. Grandma and I love our Milo tea with condensed milk. Justin doesn’t like Milo. He says it resembles dirt, and not just any dirt, Kingston dirt. But St. Elizabeth dirt is red and rich! Like Grace Tomato Ketchup. Justin pours ketchup on everything.

If he’s going to put something in his mouth that looks like dirt, Justin says, he would rather it be coffee. But Grandma says no more coffee for Justin because every time he drinks it, he has her up, whole night, telling him Anansi stories.

I like sipping my Milo tea from a teaspoon. It cools quicker than drinking it straight from the cup.

I almost spill my Milo tea. “For me, Grandma?”

Grandma hands me a sealed envelope. It has my name and address in join-up writing. And before my name, it says, “Miss.” Miss Justine Blackwood. It looks official like it could be from the prime minister of Jamaica.

“You open it, Grandma.” I’m too nervous to do it myself.

“Are you sure, Justine?”

Grandma takes her eyeglasses down from her head-top and puts them on her face. She gently peels the flap open. Grandma is always careful with opening envelopes. She makes sure whatever is inside isn’t damaged. “Here you go.” Grandma flattens out the letter on the table before me.

I wipe my hands on my shorts so that Milo tea doesn’t get on the letter.

It’s from Mummy! Even better than the prime minister of Jamaica!

She asks me if I was in Nebraska. I laugh. She says she can’t believe how grown up I am, writing cursive and in paragraphs.

Grandma taught me how to write in paragraphs way before we learned it in class. And Grandma also taught me my ABCs and 123s way before I started basic school.

Mummy says she likes my cursive writing. So legible, she says it is. That means she can read it. Grandma also uses big words with me. And every time, after she uses a big word, she asks me, “Do you know what that means?” Usually, I don’t. And when she’s finished explaining, she tells me to write it down in my exercise book. Sometimes, she doesn’t explain it at all. She just instructs me to look it up in my Collins Dictionary, write it down in my book, then come and show her.

Grandma and I—and Justin and Grandma too—have a special exercise book in which we write down word meanings. Now and then, I go through it and am amazed at how many pages I’ve filled up so far.

Mummy says she’s working hard, day and night, for me and Justin, and maybe one day, soon, she’ll send for us. “Yuh hear that, Grandma!”

“What else does it say?” she asks me.

Mummy says winter is coming to an end, and temperatures are warming up. But she misses the Jamaican sunshine and beach.

Justin and I have only visited the beach once. Although we follow Grandma to the seaside to buy fish, that’s not the same as going to the beach. I’ve only seen Grandma in a bathing suit one time. That was the time we went to the beach. Grandma wore her floppy straw hat, the same hat she wears to the seaside to haggle over price with the fishermen. The fishermen love selling to Grandma. They deduct one-hundred or, sometimes, two-hundred dollars off the price. Fish is very expensive.

I love fish when it’s fried dry-dry. Steamed fish smells weird, and the texture is too sawfi-sawfi, like sweet sop, but not in a good way. Mummy says I must eat Grandma’s steamed fish; it’s good food for my brain. 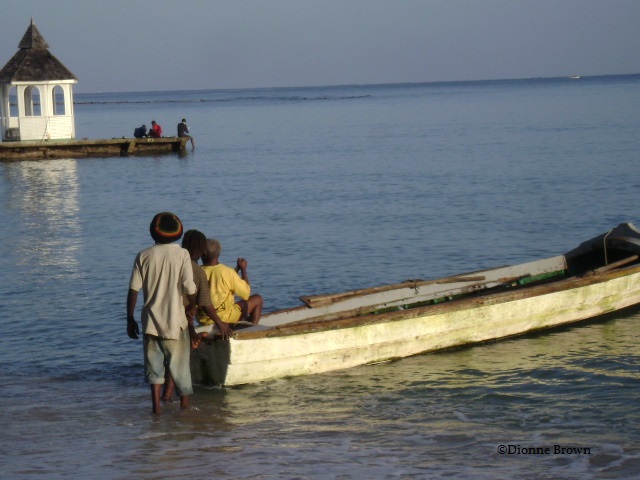 She sends her love to Justin, asks if he’s behaving himself and says I must encourage him to write to her too. My letter brightened her day, she says.

Already, I’m wondering how I will ensure Justin’s letter, when he writes it, is delivered to Delaware. Because the church is finished, and the roads are paved, and we may not see any Nebraskan soldiers for a long, long while.

When I grow up, I’m marrying a soldier from Nebraska. It will make these tasks easier.

I fold up Mummy’s letter, along the creases, just as it came. Grandma hands me the envelope, and I push the letter inside and close the flap.

“So Mummy is filing for you and Justin?”

“Maybe, Mummy can file for you too, Grandma.”

Grandma’s glasses slip further down her nose as she peers over them at me. “America is for young people like you and yuh brother. Your bones can tek di cold.”

Grandma is confusing me.

“But Mummy is over there, Grandma. If Mummy can live there, so can you.”

Grandma Pearl smiles her shy smile, the one where her teeth don’t show and her head leans to one side.

“Grandma, you should come.”

Hmm, Grandma poses excellent questions, none of which I can answer. At least, not yet. Justin and I will have to activate our twin minds to figure this out.

Notes (to help out you newcomers, who mi love ahready, just because you come):
1. Soh till = so much
2. Right yah soh = right here so
3. Braps – said to place emphasis on how suddenly something happens
4. Oonu = you/your (plural form)
5. Chups = a quick kiss, a peck
6. Si = see
7. Fi = to (in this context)
8. Sawfi-sawfi = very soft. (I’m taking a very educated guess at the spelling of this bit of patois. Mi honestly don’t know how it’s spelled.)