In Jamaica, some of us (not necessarily me) are prone to exaggeration. It doesn’t matter what we’re discussing—the evening news, an accident, work-place drama—somehow, we feel the need to juice-up a story; so it sounds extra colourful, more dire, more exciting.

If a small fire occurs on a kitchen stove and is extinguished before it does any damage, we might say “Di stove catch fire and likkle most di house bun dung.”

Or if a woman stubs her toe on the edge of a sidewalk and almost falls, we might say “She buck off di whole of her toe and nearly drop flat pon her face.”

If you’re lucky, you may get sound effects like boof, baff, boop and whaddap.

Today’s short story plays on the propensity of some Jamaicans’ to stretch a story.

You’re welcome to comment and rate this and all other creative works on this site (just click on the stars below). Let me know if they are connecting with you in any way, if they’re fun . . . or if you don’t like them (be gentle). 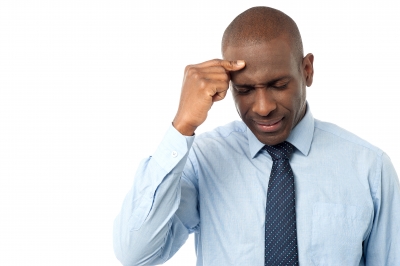 If she wasn’t who she was, he would grab that index finger. Why she felt she had to wag it so?

When he shared anything with her, she had the tendency to leap to conclusions, screw up her 65-year-old face and wag her finger like she was daring somebody to bite it off.

The next time she poked her finger in his face, that’s exactly what he was going to do: grab on to it like a snippy mongrel dog and not let go. Or, at the very least, tell her to stop with all the drama.

But that would only make her blow more steam and rocket through the tile roof. The entire Red Hills would hear her mouth and sneak up closer to the fence to eavesdrop. And then they would think him less of a man.

His wife of twelve years had thrown her bags into the trunk of her ruby-red CRV, driven off and left him alone with the four children, ages five, seven, nine and eleven. And his mother was in his face, wagging off her tongue and wrinkly finger and squeezing herself into his business, as was customary.

“You make her walk all over you, Horace. All over you. From day one is pure trouble. Now, see it deh. She gone.”

“Mama, she’s a big woman.” Horace sat in the sofa and crossed his legs. “She must know what she needs. I can’t dictate to her.

She stood over him. “You should’ve talked her out of it; told her to haul her tail back inside the house.”

“Block her at the doorway.” His mother bent her elbows and pumped out her arms as if her son needed a lesson on how to block people.

“Alright, Mama. Let’s say I had changed my mind, spur of the moment, and blocked her. You really think she would’ve turned around and unpacked her things?”

“Mama, that wouldn’t have benefited me or her.”

“Which man allows his wife to abandon him with four young babies?”

“Mama, she didn’t abandon me. We had discussed it. It’s just that I—.”

“Til the children get big. Why the big hell of a rush?”

“Mama, she said she was tired.”

“Tired what?” Mama kissed her teeth. “She thinks that’s how marriage works? Yuh tired, so you just get up and walk out when you feel like it? What if I did that to you and your father? Where would you be now? Eh? Probably out on the street, begging. . . . Bout she tired. Tired my backfoot!”

“Why you don’t listen, Mama?” Horace restrained the impulse to raise his voice. “She didn’t get up and walk out. We had discussed it.”

“Oh, you mean like how you and she ‘discussed’ her redundancy?”

Horace rubbed his forehead, wondering if aspirin was in the house in case the throbbing in his temples intensified into a massive headache. “Mama, that happened way before we got married.”

“But it showed you the kind of woman she is.”

“Because she chose to accept the company’s redundancy package?”

“Mama, she did what was best for her.”

Mama paced the living room floor in front of him, slowly and deliberately, swinging her hips like a woman contemplating war.

“Plus, the signs were there,” Horace mumbled.

“What signs?” She spun, staring him up and down, warning him with her eyes that whatever signs he was about to list had better be good.

“I could see it in her eyes, Mama. In her mood. The constant bickering. Every little thing set her off.”

“She coulda show sign from now til Jesus come. She’s selfish, chucking off her responsibility on people.”

Horace exhaled, exasperated. “I know it’s short notice, Mama. But that’s my fault. If you can’t help me with the children, just say so. I’ll try find somebody else.”

“Mama, if that’s how you’re going to talk about Janet and behave around the children then don’t bother.”

“So where she gone?”

“She gone clear a Hanover? She find man!”

“Den which woman you know deserts her husband and four babies to go clear a woi-woi?”

“Mama, the villas that side are nice,” Horace said proudly, “with pool and maid and access to golf course and all that.”

“So where she find money to rent pool and maid and golf course?”

“If you think after I tie my belly* to send you to university overseas, I am going to allow every Dick, Tom and Suzie Q to take advantage of my one son—my only pickney—yuh making a sad mistake. ”

“Mama, why yuh meking it sound so?”

Her eyes flickered, the flames within threatening to lash out and consume him.“Sound how?”

“Like she run off and not coming back. She said she needed a break. She’ll be back next Sunday, Mama.”

*Notes:
1. To tie one’s belly means to do something at great financial sacrifice.

2. Tryall in Hanover, Jamaica has a centuries-old history dating back to the Arawaks. Today, it’s a favourite among locals and tourists seeking relaxation and is well-known for its villas, amenities, scenic views and golf.

Acknowledgement:
Image “Corporate Man with Finger on His Head” courtesy of stockimages at FreeDigitalPhotos.net