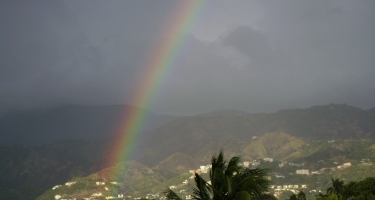 So, last Wednesday, I’m listening to Mutabaruka’s program on Irie FM, and I hear him use an expression I haven’t heard in donkey’s years, believe you me.

Yes, that’s the expression: believe you me.

I am no gambler, but I’m willing to bet the last person I heard with that expression was my mother. It sounds like something she could’ve said, repeatedly, back in the day.

I’d forgotten how much I love the expression, believe you me. And I think I’m going to use it every chance I get, believe you me. Try it out for yourself. Let it roll off your tongue. Toss the accent about on each word.

With that said, 12 more patois words and phrases came to mind. When was the last time you dropped one or two of these in a sentence? I included a few examples to get you warmed up.

Kip up
translation: keep up
example sentence: Di bwoy slow so til him cyan kip up wid him schoolwork.
sentence translation: The boy is so slow, he is unable to keep up with his schoolwork.

Prips
translation: to share a secret, provide a tip-off
example sentence: Yes, Missis Ma, him prips mi seh him get a work up a di sugar estate an’ soon lef dis one.
sentence translation: Yes, Miss, he tipped me off that he got a job at the sugar estate and will soon leave this one.

Dawg nyam yuh suppa
translation: literally, dog eat your supper, i.e. to indicate trouble ahead if a particular action or stance is taken
example sentence: Likkle gyal, ef yuh doan come een from outta di dew, dog nyam yuh suppa.
sentence translation: Little girl, if you do not come inside from the dew, you are in trouble.

Likkle more!
translation: literally, little more. If said when someone is departing, it means see you later.
example sentence: Mi run gone leave yuh, so likkle more.
sentence translation: I am running off and leaving you, so see you later.